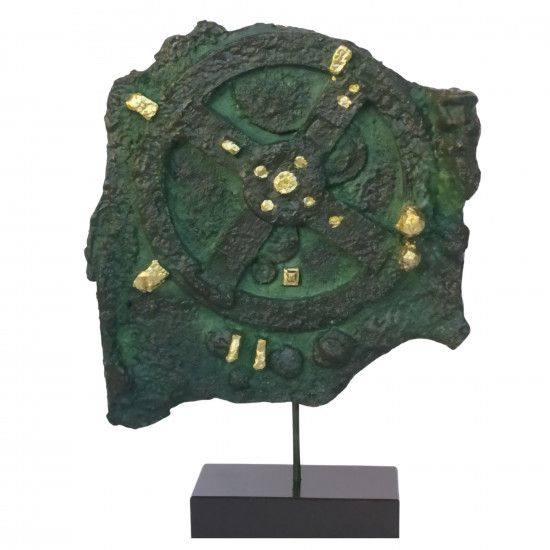 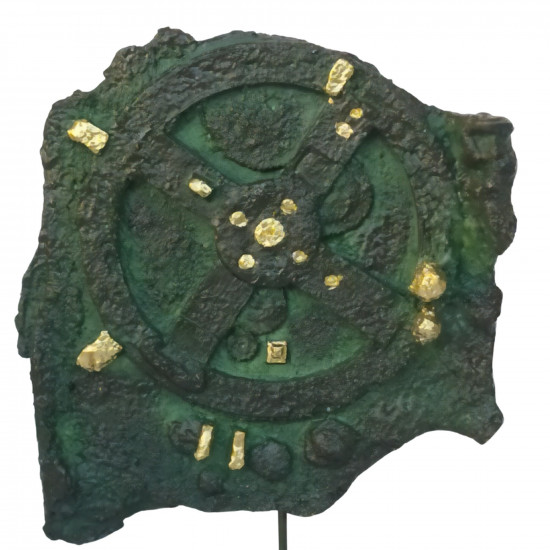 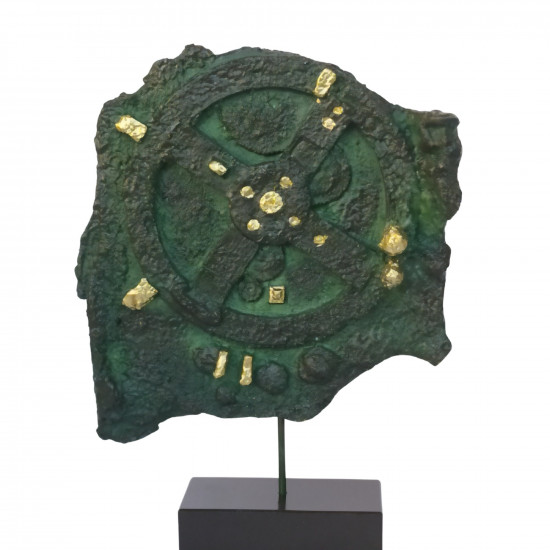 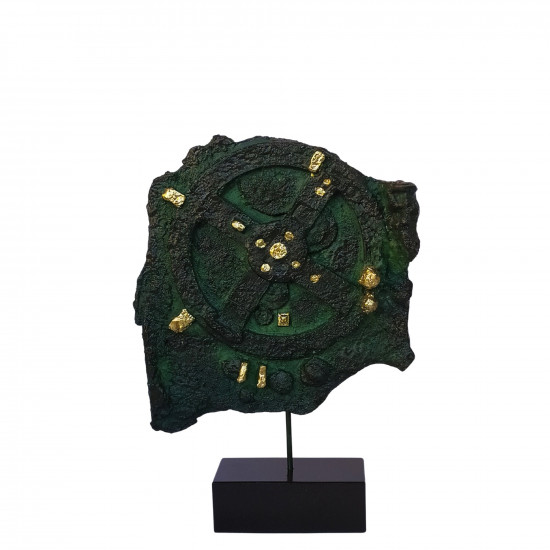 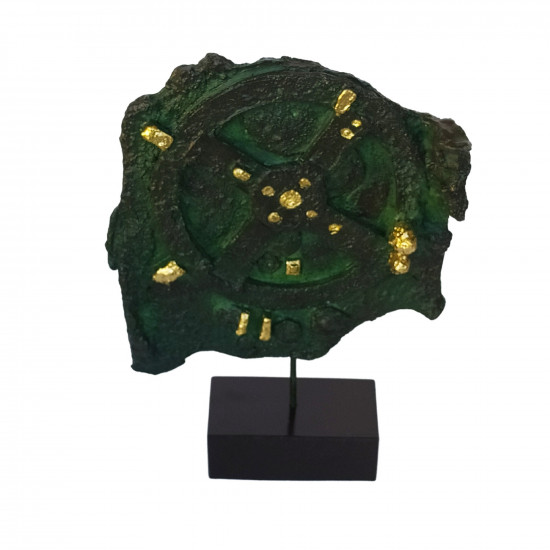 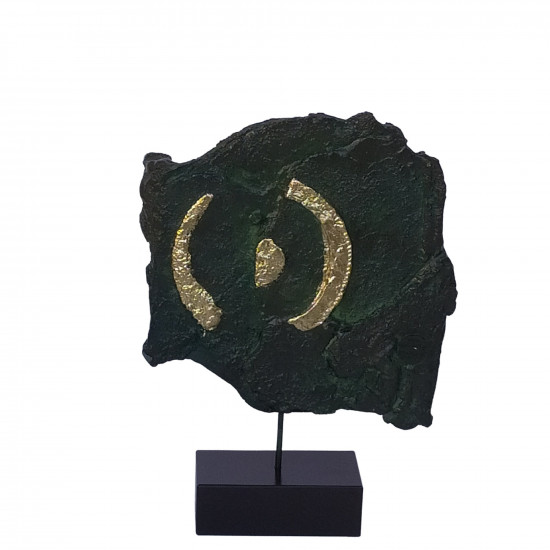 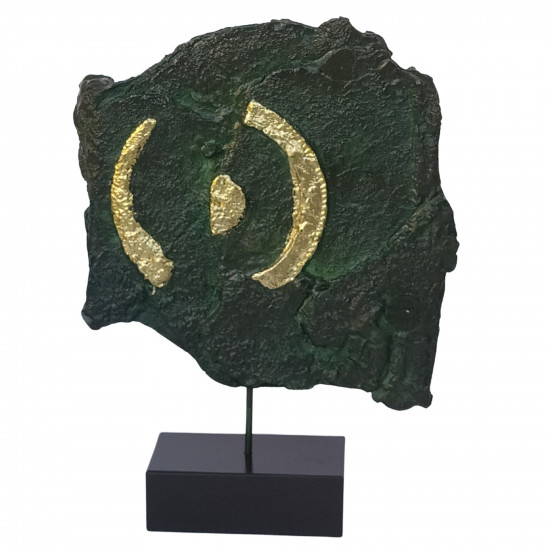 The Antikythera mechanism is an ancient Greek hand-powered orrery, described as the oldest example of an analogue computer used to predict astronomical positions and eclipses decades in advance. It could also be used to track the four-year cycle of athletic games which was similar to an Olympiad, the cycle of the ancient Olympic Games. This artifact was among wreckage retrieved from a shipwreck off the coast of the Greek island Antikythera in 1901. On 17 May 1902 it was identified as containing a gear by archaeologist Valerios Stais. The device, housed in the remains of a 34 cm × 18 cm × 9 cm (13.4 in × 7.1 in × 3.5 in) wooden box, was found as one lump, later separated into three main fragments which are now divided into 82 separate fragments after conservation efforts. Four of these fragments contain gears, while inscriptions are found on many others. The largest gear is approximately 13 centimeters (5.1 in) in diameter and originally had 223 teeth. In 2008, a team led by Mike Edmunds and Tony Freeth at Cardiff University used modern computer x-ray tomography and high resolution surface scanning to image inside fragments of the crust-encased mechanism and read the faintest inscriptions that once covered the outer casing of the machine. This suggests it had 37 meshing bronze gears enabling it to follow the movements of the Moon and the Sun through the zodiac, to predict eclipses and to model the irregular orbit of the Moon, where the Moon's velocity is higher in its perigee than in its apogee. This motion was studied in the 2nd century BC by astronomer Hipparchus of Rhodes, and it is speculated that he may have been consulted in the machine's construction. There is speculation that a portion of the mechanism is missing and it also calculated the positions of the five classical planets. The instrument is believed to have been designed and constructed by Greek scientists and has been variously dated to about 87 BC, or between 150 and 100 BC, or to 205 BC, or to within a generation before the shipwreck, which has been dated to approximately 70–60 BC. Later clockwork is known from the medieval Byzantine and Islamic worlds, but works with similar complexity did not appear again until the development of mechanical astronomical clocks in Europe in the fourteenth century All known fragments of the Antikythera mechanism are now kept at the National Archaeological Museum in Athens, along with a number of artistic reconstructions and replicas to demonstrate how it may have looked and worked.

ORIGIN OF THE MECHANISM

The Antikythera mechanism is generally referred to as the first known analogue computer. The quality and complexity of the mechanism’s manufacture suggests that it must have had undiscovered predecessors made during the Hellenistic period. Its construction relied on theories of astronomy and mathematics developed by Greek astronomers . It is estimated to have been built in the late second century BC or the early first century BC. The ship carrying the device also contained vases in the Rhodian style. That is leading to a hypothesis that it was constructed at an academy founded by Stoic philosopher Posidonius on that Greek island. Rhodes was a busy trading port in antiquity and a centre of astronomy and mechanical engineering. Home to astronomer Hipparchus, who was active from about 140 BC to 120 BC. The mechanism uses Hipparchus’ theory for the motion of the Moon. That suggests the possibility that he may have designed it or at least worked on it.