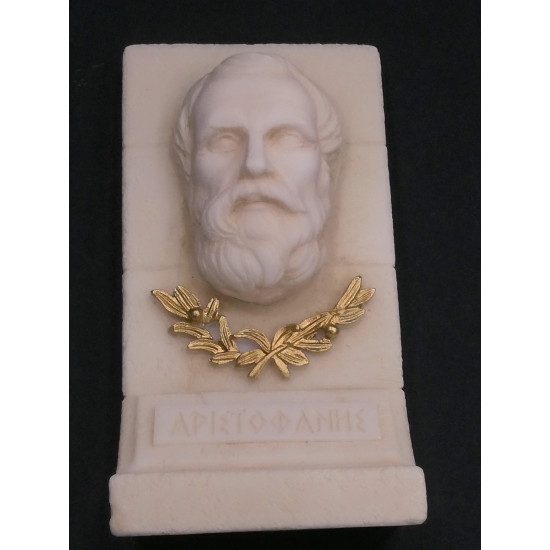 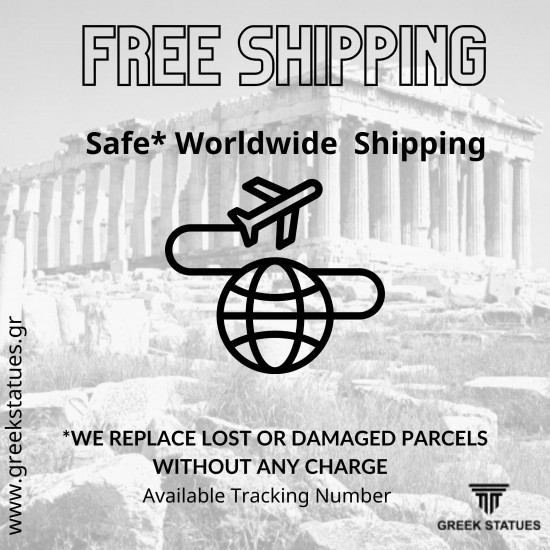 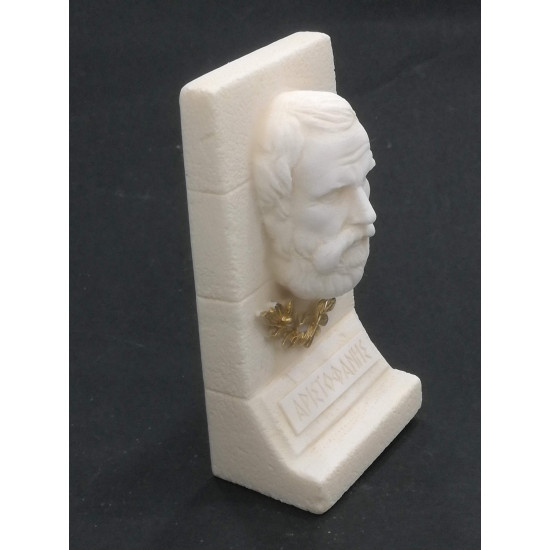 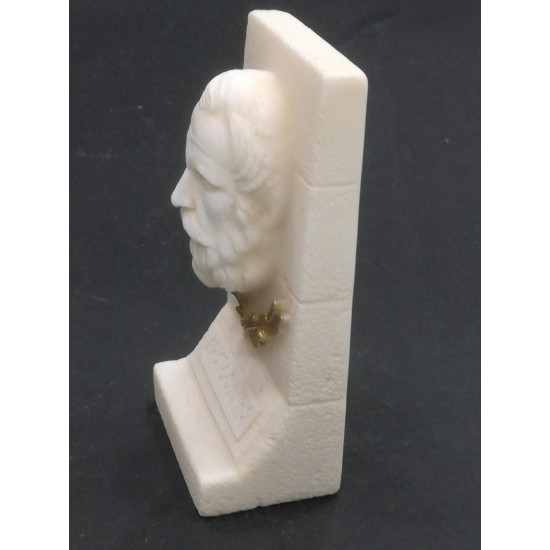 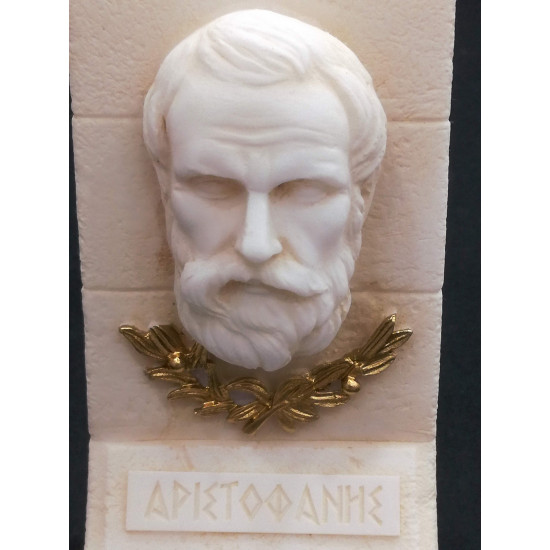 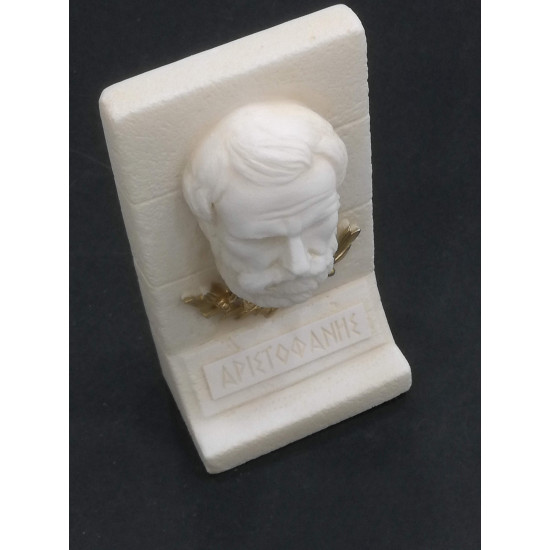 Aristophanes Ancient Greek Poet Relief Alabaster 4.34inches Aristophanes (c. 460 - c. 380 BCE) was the most famous writer of Old Comedy plays in ancient Greece and his surviving works are the only examples of that style. His innovative and sometimes rough comedy could also hide more sophisticated digs at the political elite and deal with social issues such as cultural change and the role of women in society. Indeed, the plays of Aristophanes are not only a record of Greek theatre but also provide an invaluable insight into many of the political and social aspects of ancient Greece, from the practicalities of jury service to details of religious rituals in major festivals. Aristofanes and his writing. Surviving plays Most of these are traditionally referred to by abbreviations of their Latin titles; Latin remains a customary language of scholarship in classical studies. The Acharnians, 425 BC The Knights, 424 BC The Clouds, original 423 BC, uncompleted revised version from 419 to 416 BC survives The Wasps), 422 BC Peace, first version, 421 BC The Birds), 414 BC Lysistrata, 411 BC Thesmophoriazusae or The Women Celebrating the Thesmophoria first version c.411 BC The Frogs, 405 BC Ecclesiazusae or The Assemblywomen, c. 392 BC Wealth second version, 388 BC Αll handmade products are unique, so there may be slight minor variations in size color and texture. If our products like you and you need more pieces please contact us. We Ship worldwide from Greece.All packages include tracking numbers.