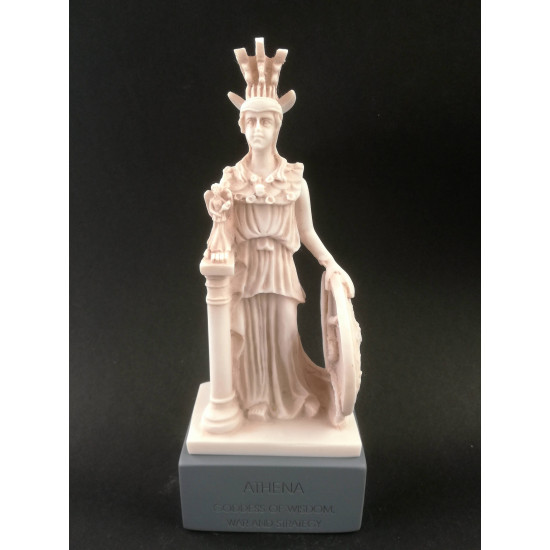 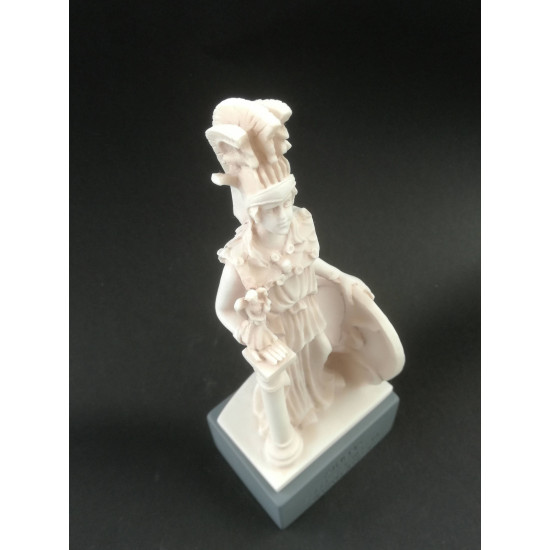 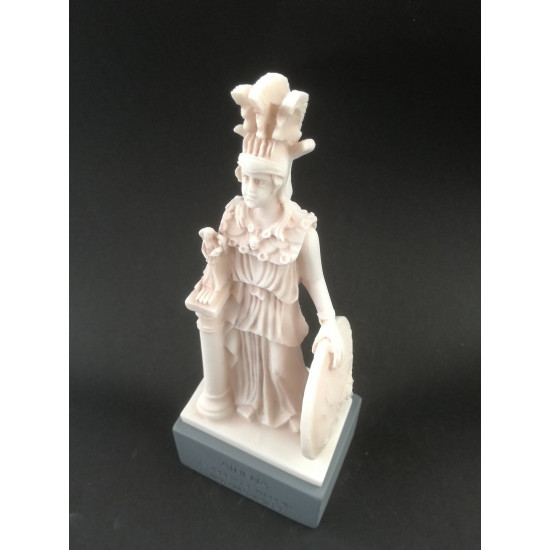 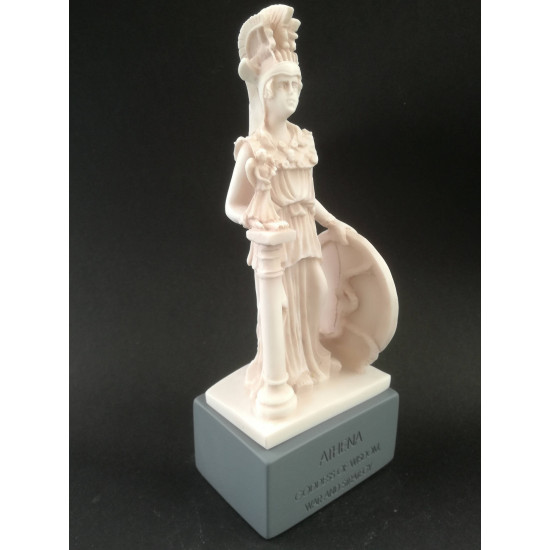 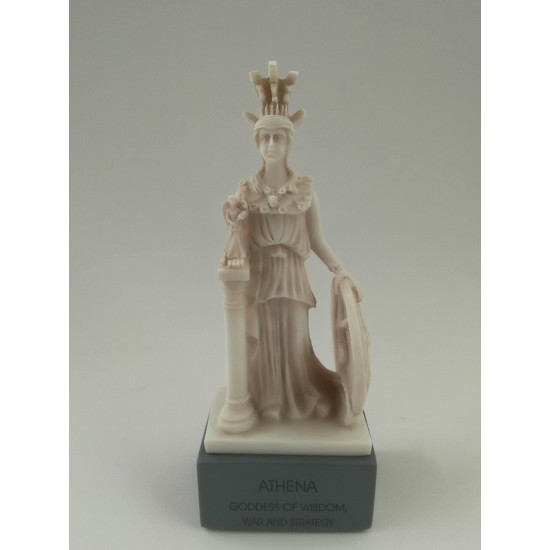 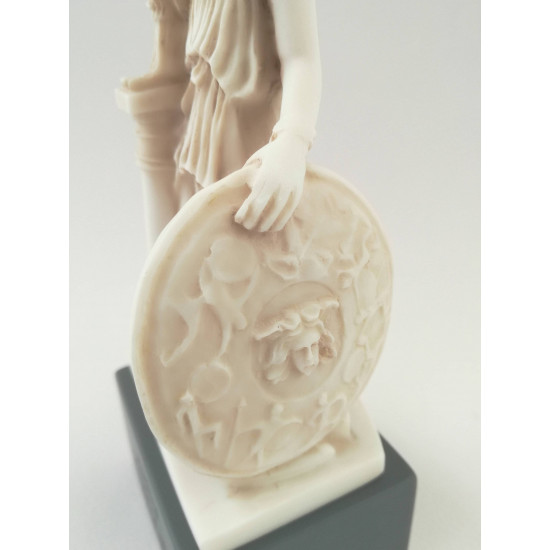 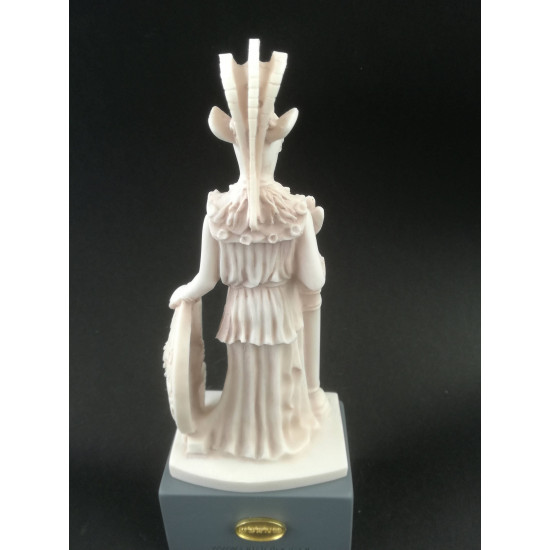 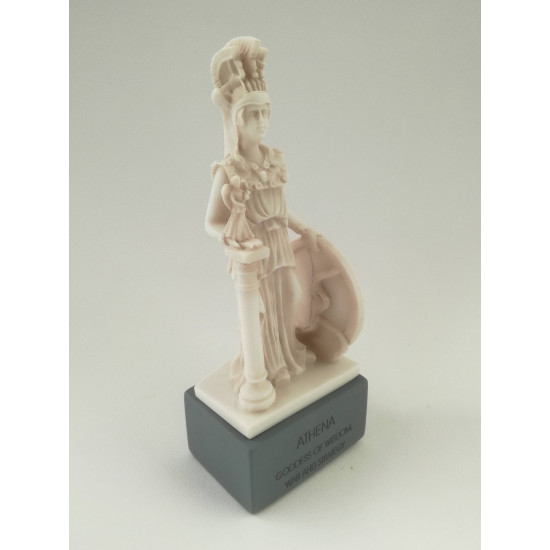 Αll handmade products are unique, so there may be slight minor variations in size color and texture. If our products like you and you need more pieces please contact us. Athena, according to Greek mythology, was the goddess of wisdom, strategy, and war. In Greek mythology, Athena was believed to have been born from the head of her father Zeus. She was known as Athena Parthenos ("Athena the Virgin"), but, in one archaic Attic myth, the god Hephaestus tried and failed to rape her, resulting in Gaia giving birth to Erichthonius. In the founding myth of Athens, Athena bested Poseidon in a competition over patronage of the city by creating the first olive tree. Along with Aphrodite and Hera, Athena was one of the three goddesses whose feud resulted in the beginning of the Trojan War. From her origin as an Aegean palace goddess, Athena was regarded as the patron and protectress of various cities across Greece, particularly the city of Athens, from which she received her name. Mythology attributes the name Pallada to a friend of Athena, whom the goddess killed by mistake and, to remember her, she has shot her name in hers. It is also said that Athena made a wooden statue of her friend, the palladium, which was thrown into the ground to be worshiped by the mortals. Another version is that she was named goddess because she had killed the giant Palanda or associated it with the word 'pallakis', meaning the young lady. Material & Manufacture process: Cast Alabaster All of the copies of famous statues we produce made from a  material in which natural crushed Greek Alabaster stone is mixed with a small quantity of resin that works as a glue. Αlabaster was very widely used for small sculpture for indoor use in the ancient world The construction of the statue begins with the creation of the mold. The mold is made by hand-crafted artisans and is an exact copy of the ancient statue. The prepared mixture of alabaster powder and resin is poured into the mold. The very fine dust of the alabaster allows us to make a copy with great precision in detail. The copy is then hand-crafted and perfected by our experienced craftsmen. The painting is then polished with indelible colors in white, museum patina or colored. The quality of the construction is of a high standard so that we have a perfect result that remains unchanged over time. Our statues are not carved. Statues of natural marble carved in the hand are very expensive constructions. Our effort is to give you a product at a very good price with perfect construction. A perfect copy of the prototype with an emphasis on detail that does not hurt from time.