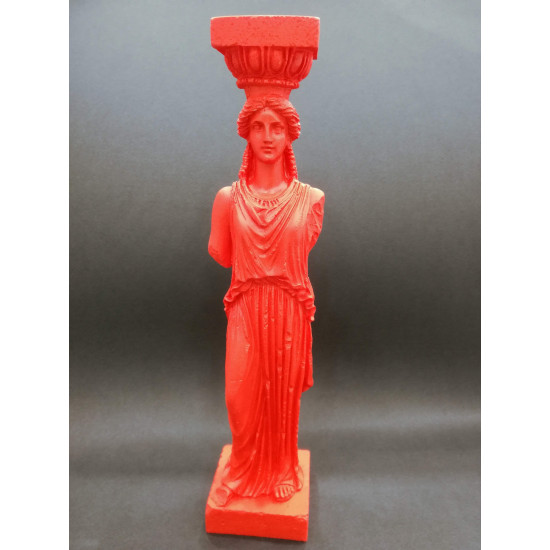 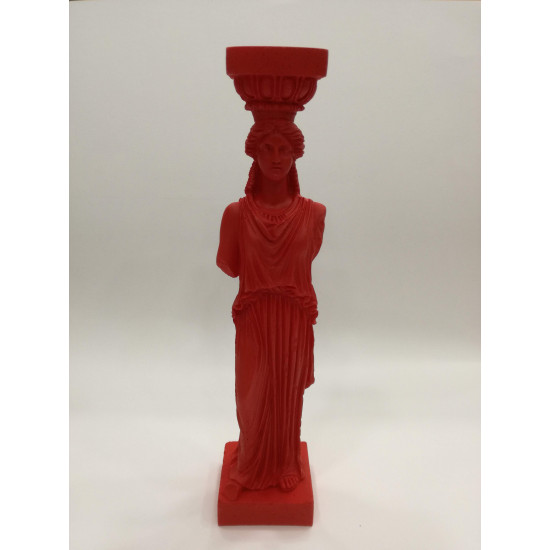 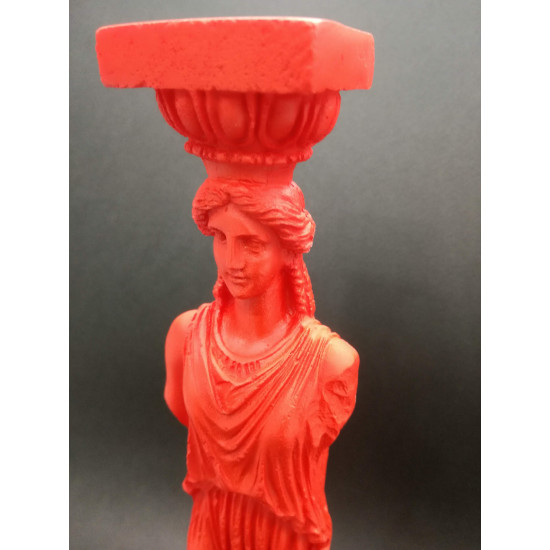 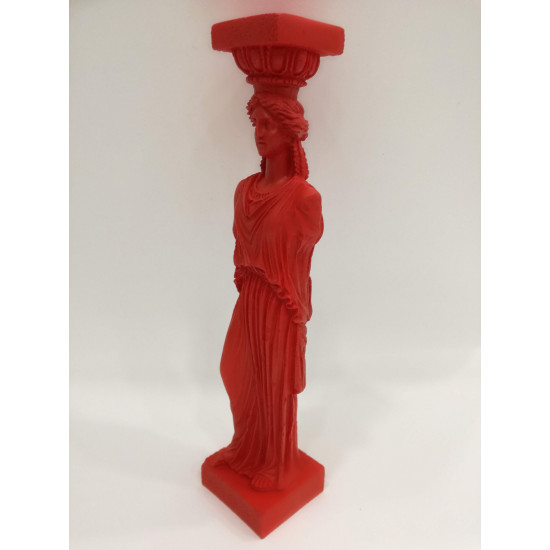 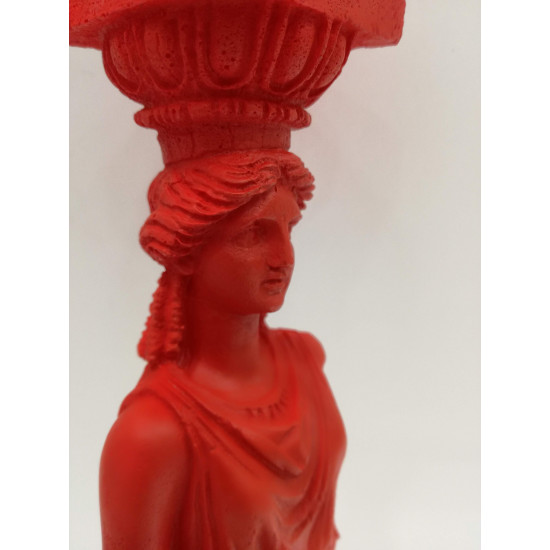 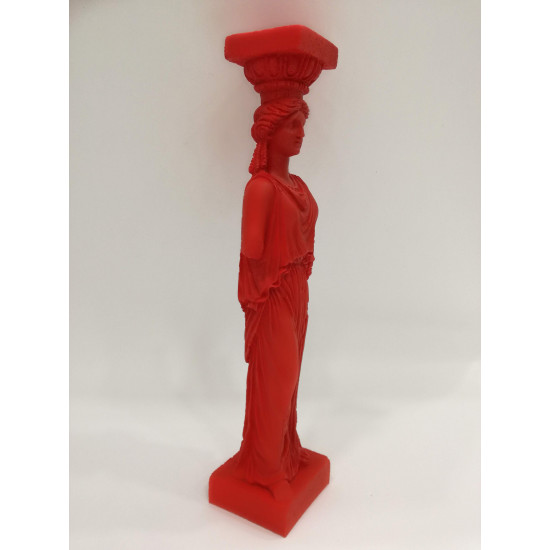 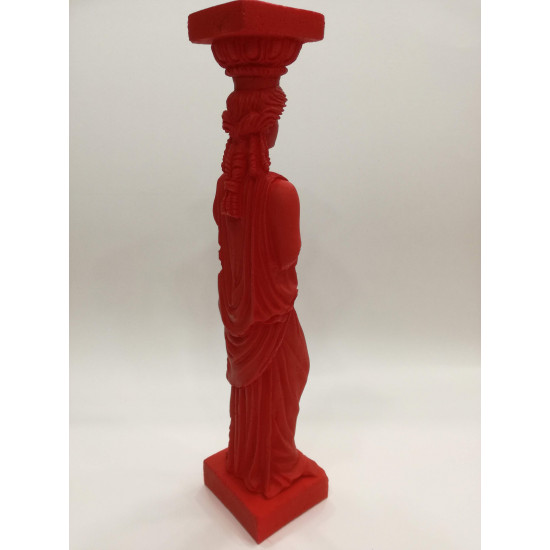 A caryatid is a sculpted female figure serving as an architectural support taking the place of a column or a pillar supporting an entablature on her head. The Greek term karyatides literally means "maidens of Karyai", an ancient town of Peloponnese. Karyai had a famous temple dedicated to the goddess Artemis in her aspect of Artemis Karyatis. The best-known and most-copied examples are those of the six figures of the Caryatid Porch of the Erechtheion on the Acropolis at Athens. One of those original six figures, removed by Lord Elgin in the early 19th century, is now in the British Museum in London. The Acropolis Museum holds the other five figures, which are replaced onsite by replicas. The five originals that are in Athens are now being exhibited in the new Acropolis Museum, on a special balcony that allows visitors to view them from all sides. The pedestal for the Caryatid removed to London remains empty. From 2011 to 2015, they were cleaned by a specially constructed laser beam, which removed accumulated soot and grime without harming the marble's patina. Each Caryatid was cleaned in place, with a television circuit relaying the spectacle live to museum visitors. Caryatid Sculpted Female Figure of the Erechtheion Greek Art Statue features Condition: New, reproduction handmade in Greece.